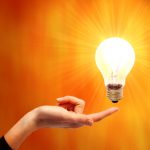 I was recently appointed to the board of the Dallas Jewish Historical Society; my best friend from childhood recruited me on to the board because he thought it would be good for the board. Truth be told, I joked with him that I think his intentions were to recruit me to help the organization with public relations – which, of course, I’m glad to do.

In addition to maintaining material and video archives chronicling the history of the Dallas Jewish community, the organization holds special events to promote various efforts.

Certainly, these events will be PR-worthy to the local Dallas media and any time the DJHS receives a noteworthy piece of historical significance should be worthy for coverage as well.

So far, the coverage has gone well and I expect a few announcements here and there. Understand, however, that the effort isn’t to promote each person; it’s to bring some publicity and notoriety to the organization itself because this kind of exercise creates awareness and, through some luck, could generate some donations for support.

Is your volunteer service PR-worthy? I say “yes” in just about every case, but you have to be careful not to send too many news releases or announcements about your service because it looks (pardon the pun) self-serving. What you’ll want to do is coordinate with your volunteer organization to make sure it hasn’t released the same information to the media, but all in all, any time you can generate some news for the organization – and bring some organic attention to your firm or business, it’s a good thing.

If you’re in a really large metro area, think about how to make your announcement different; remember that any publication quite a few of these same announcements every day. It would be impactful, for example, if you were raising money for a specific cause – something the media would be interested in covering.

Think about what’s “newsworthy” about your announcement, and remember that the intent is not to create attention for yourself; it’s all for the good of the charity, nonprofit or association.

← 5 Ways to Improve Your LinkedIn Status Updates
The 10 Most Important Words to Put Into a Headline →
Cytron and Company offers full service public relations, marketing and communications services for accounting, legal, medical, debt collection and other professional service industries, as well as a variety of consumer-based industries.
Scott Cytron  |  972.743.4671  |  scott@cytronandcompany.com